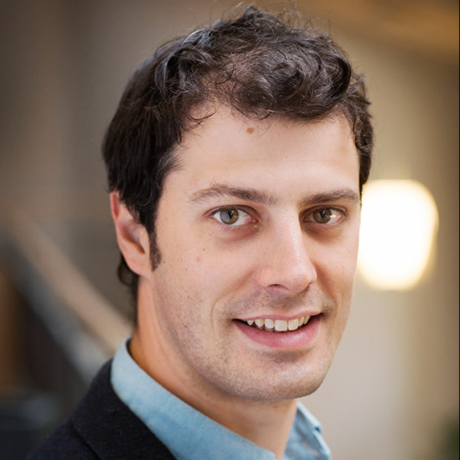 Uncertainty and the real economy: Evidence from Denmark
with Mikkel Bess, Erik Grenestam, and Jesper Pedersen
In the media: Børsen (Danish)

We construct an index for economic policy uncertainty in Denmark using articles in Denmark's largest financial newspaper. We adapt a Latent Dirichlet Allocation (LDA) model to sort articles into topics. We combine article-specific topic weights with the occurrence of words describing uncertainty to construct our index. We then incorporate the index in a structural VAR model of the Danish economy and find that uncertainty is a robust predictor of investments and employment. According to our model, increased uncertainty contributed significantly to the drop in investments during the Sovereign Debt Crisis. Conversely, uncertainty has so far had a smaller, but still significant, impact on investments during the COVID-19 pandemic.


The sentiment of news predicts the short-term stock market performance of individual companies. We find that this association is solely due to the idiosyncratic informational content of an article. We transparently quantify the association between news sentiment and stock market performance of S&P 500 companies, using articles written by Reuters between 2000 and 2018. First, we isolate the effect of sentiment independently of idiosyncratic informational content by exploiting a topic-based shift-share instrument. Second, we show that exogenous variation in article sentiment isolated through our topic-based shiftshare instrument, while strongly related to article sentiment, is unrelated to abnormal returns in the stock market.


Education and wealth are positively correlated for individuals approaching retirement, but the direction of the causal relationship is ambiguous in theory and has not been identified in practice. We combine administrative data on individual total wealth with a reform expanding access to lower secondary school in Denmark in the 1950s, finding that schooling increases pension annuity claims but reduces the non-pension wealth of men in their 50's. These effects grow stronger as normal retirement age approaches. Labour market mechanisms are key, with schooling reducing self-employment, increasing job mobility and employment in the public sector, and improving occupational pension benefits.


Only one percent of the 17.2 million asylum seekers in 2016 was part of international resettlement programs: The remaining 99 percent arrived directly to their host countries without assistance from resettlement agencies. These asylum seekers are assigned to a locality directly upon arrival based on some type of dynamic matching system, which is often uninformed and does not take the background of the asylum seekers into consideration. This paper proposes an informed, intuitive, easy-to-implement and computationally efficient dynamic mechanism for matching asylum seekers to localities. This mechanism can be adopted in any dynamic refugee matching problem given locality-specific quotas and that asylum seekers can be classified into specific types. We demonstrate that any matching selected by the proposed mechanism is Pareto efficient and that envy between localities is bounded by a single asylum seeker. We evaluate the performance of the proposed mechanism in settings resembling the US and the Swedish situations, and show that our mechanism outperforms uninformed mechanisms even in presence of severe misclassification error in the estimation of asylum seeker types. With realistic misclassification error (24 percent), the proposed matching mechanism increases efficiency up to 75 percent, and guarantees a reduction in envy of between 17 and 50 percent.

Every year thousands of refugees are resettled to dozens of host countries. While there is growing evidence that the initial placement of refugee families profoundly affects their lifetime outcomes, there have been few attempts to optimize resettlement destinations. We integrate machine learning and integer optimization technologies into an innovative software tool that assists a resettlement agency in the United States with matching refugees to their initial placements. Our software suggests optimal placements while giving substantial autonomy for the resettlement staff to fine-tune recommended matches. Initial back-testing indicates that Annie can improve short-run employment outcomes by 22%-37%. We discuss several directions for future work such as incorporating multiple objectives from additional integration outcomes, dealing with equity concerns, evaluating potential new locations for resettlement, managing quota in a dynamic fashion, and eliciting refugee preferences.

This paper makes two contributions to the consumption literature. First, we exploit inheritance episodes to provide novel causal evidence on the long-run effects of a large financial windfall on saving behavior. For identification, we combine a longitudinal panel of administrative wealth reports with variation in the timing of sudden, unexpected parental deaths. We show that after inheritance net worth converges towards the path established before parental death, with only a third of the initial windfall remaining after a decade. These dynamics are qualitatively consistent with convergence to a buffer-stock target. Second, we interpret these findings through the lens of a generalized consumption-saving framework. To quantitatively replicate this behavior, life-cycle consumption models require impatient consumers and strong precautionary saving motives, with implications for the design of retirement policy and the value of social insurance. This result also holds for two-asset models, which imply a high marginal propensity to consume.

Measurement error in income and schooling, and the bias for linear estimators
with Paul Bingley, Journal of Labor Economics 35, no. 4 (2017): 1117-1148.
Ungated Version (pre-print)


We assess the validity of differences in eligibility ages for early and old age pension benefits as instruments for estimating the effect of retirement on cognitive functioning. Because differences in eligibility ages across country and gender are correlated with differences in years of schooling, which affect cognitive functioning at old ages, they are invalid as instruments without controlling for schooling. We show by means of simulation and a replication study that unless the model incorporates schooling, the estimated effect of retirement is negatively biased. This explains a large part of the “mental retirement” effects which have recently been found.

Does Liquidity Substitute for Unemployment Insurance? Evidence from the Introduction of Home Equity Loans in Denmark
with Kristoffer Marwardt and László Sandór